After struggling with social isolation, David’s life has improved thanks to support from the Social Inclusion Project at Thames Reach, including strengthening his family relationships. 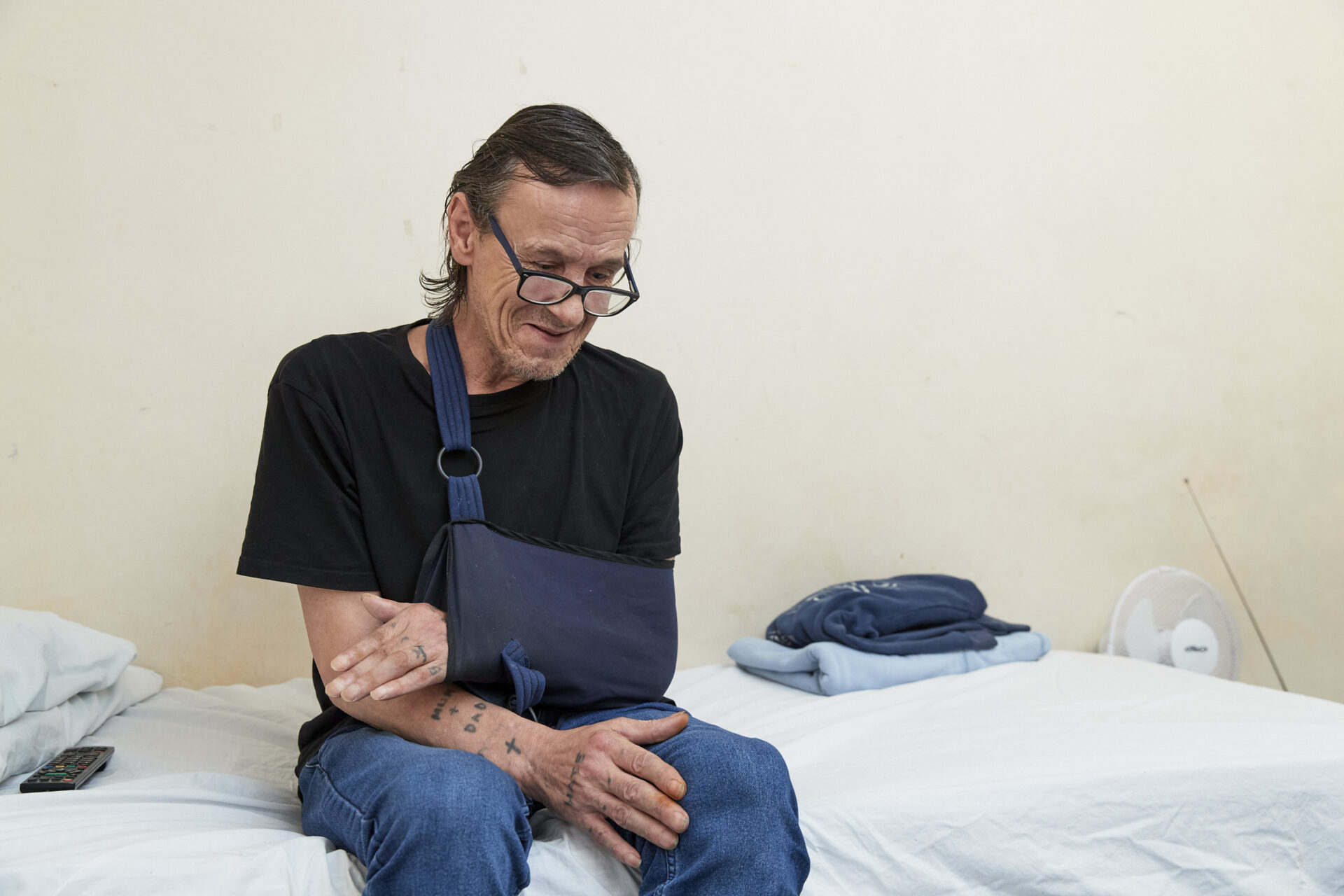 David has been working with support worker Lorraine for the past year as part of the Social Inclusion Project. David doesn’t much like to leave the house and for much of his life has struggled with feelings of isolation, and has issues connecting with, and trusting, the right people. David moved into his current place having previously lived in a flat in New Cross. He befriended some people who would often come round and take advantage of him, regularly breaking in and stealing from him. Seriously struggling with this situation, and having difficulty with looking after himself, David ended up in hospital with pneumonia and septic shock, where he was in intensive care for 35 days. Whilst in hospital, these people even came to the ward to steal his belongings.

David calls himself a bad judge of character, although he trusts Lorraine. ‘I mistrust people and I don’t really go out anymore. I do when Lorraine comes. I like Lorraine, she helps me a lot.’

‘Regular and consistent visits with David has helped us build a trusting relationship,’ says Lorraine. ‘We can discuss his life, past and present, what holds him back, and how to move forward, as well as more general conversations.’ He and Lorraine often go out to a café to have a coffee or to the park when the weather is good. He says that her visits help him get out and feel more like a ‘normal person’.

He spent much of his childhood in care homes and other institutions, as he didn’t get on with his mum. As a young adult, he spent a lot of time in and out of prison due to drugs. Through his adult life he has moved around a lot and never really settled anywhere. ‘I don’t regret it, it’s only life,’ he says. ‘I’m just trying to do a bit better now. I’m in touch with my daughter and my grandkids. I’m hopefully going to go up to Ipswich to see my daughter at the end of the month.’

His other daughter and grandson are now just down the road in Sydenham and he’s seeing them too. ‘It’s all looking good, I’m just trying to get things a bit more normal.’

David is also now looking forward to moving into a more supportive environment, and paperwork has been submitted allowing him to move on into supported housing from the temporary accommodation he is currently staying in.

‘I tend to trust the wrong people. They see that you’re vulnerable and they take liberties. I’m just trying to ignore them and keeping myself to my- self. I trust Lorraine.’

‘I’m hopeful that this move will help David to continue recovering his physical health and developing social connections,’ says Lorraine. ‘We’re looking at him joining some groups and activities within the community and at the supported accommodation, and from there he’ll hopefully move on to independent living when he is ready.’

Look out for a full interview with Lorraine coming later this week on the Social Inclusion Project at Thames Reach. David is one of many people who are moving on from street homelessness. This winter, we’re highlighting the work we’re doing to help these people move on and live more fulfilling lives. You can find out more about our Moving On From Homelessness campaign and the services supporting people like David by clicking the link here.

How we helped David

Help people like David to move on from homelessness