Terri awarded for her commitment to helping people escape homelessness 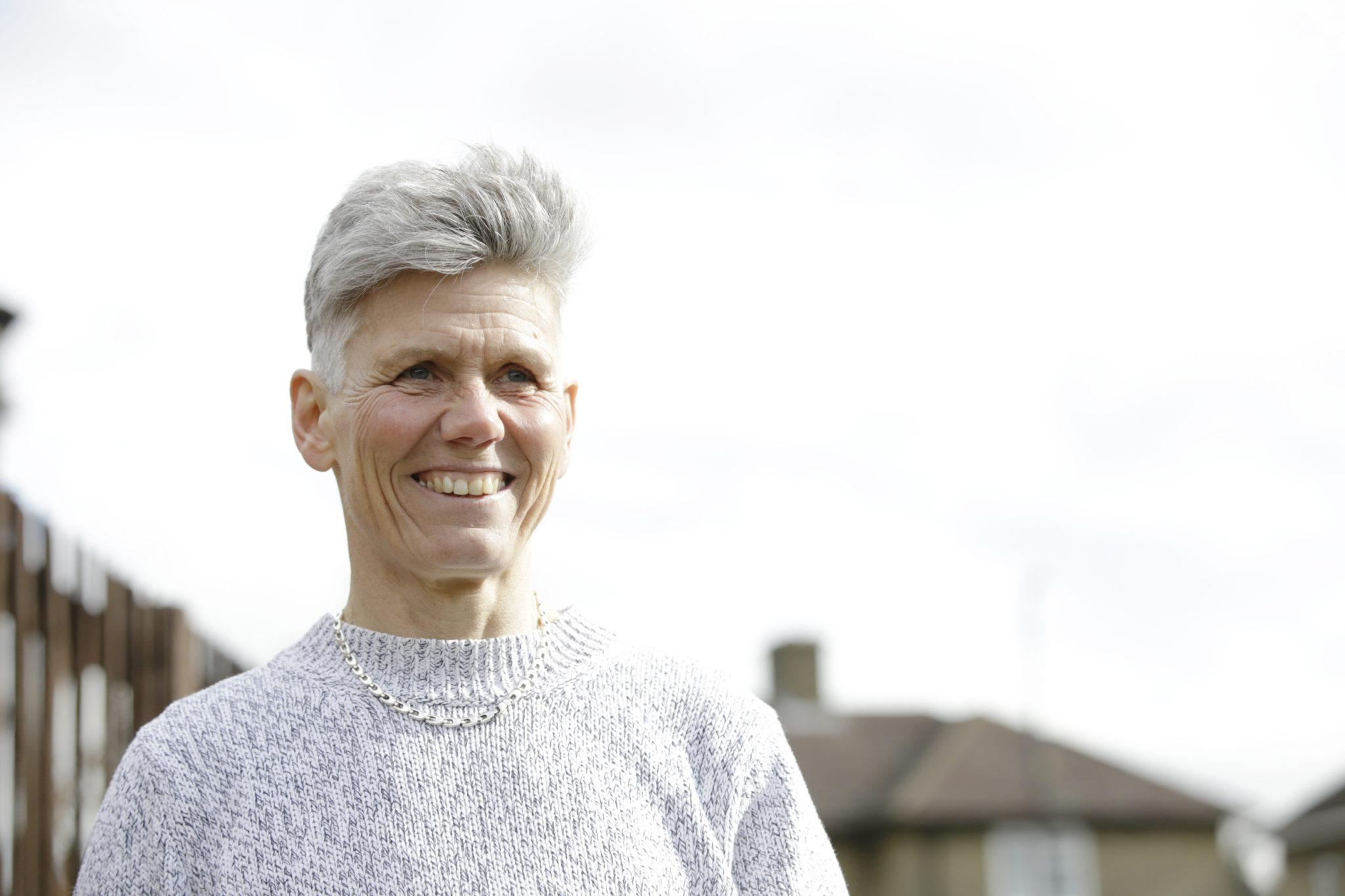 Following the Queen’s Birthday Honours list being released on 8th June, Thames Reach are thrilled to announce that lead outreach worker, Terri Filkins, has been awarded an MBE, with the presentation ceremony being held in the next two months. Terri has been working at Thames Reach for sixteen years, and we spoke with her about the exciting news.

Terri, congratulations on your MBE! How did you find out and how did you feel?

The letter came in the post one morning and initially I was a bit sceptical as to what it might be, I thought it was a spoof. I was in complete shock when I read the letter, and it still hasn’t sunk in! I’ve had to keep it secret for weeks and I’ve been bursting at the seams to tell people. The letter did say I could tell my employer so I went to see Bill the same day and he pretended to know nothing about it…

What’s your career history prior to Thames Reach?

Straight out of school I worked for Lewisham council. I have worked for local authorities, housing associations and for a time was HR manager in retail; my passion is working with people, and luckily I’ve been able to do that throughout my career. I always wanted to be a police officer, but after going through all the training and induction, I lasted one day in the job. The role was wrapped up in brutal law enforcement at the time, and I was asking questions about why people commit crimes, and was thinking a lot about prevention rather than punishment. They suggested I would be better off being a social worker. I went back into housing after that, for a number of local authorities in London; I took their advice and trained as a social worker while at Thames Reach, which the charity supported.

I’ve always worked in homelessness but have been with Thames Reach for around sixteen years in a variety of posts. At the beginning I was interviewed by Vicky Mansall, who no longer works at Thames Reach, and we remain close friends. I started in tenancy sustainment, when the solution to rough sleeping was thought to be putting homeless people straight into flats without support, which unsurprisingly didn’t work. After this I was based at Southwark Reach for a number of years. I managed the service for a short time, and although I’ve had a few managerial positions, holding these roles mean spending less time with clients, which is really what I want to be doing. Having the opportunity to influence and shape services is definitely a benefit, though. When we won the bid for Lambeth Community Options I help set it up, working alongside Bill again, about eight years ago. Now I’m back from secondment at Lewisham, I am Lead Outreach Worker at London Street Rescue for Lewisham and Bromley, where I work with all rough sleepers in the two boroughs.

What have been your most memorable moments?

I once accompanied a client out of kidney dialysis; we were on the bus and he began drinking wine from the bottle, while telling me how he wanted to stay alive for his daughter. The support was clearly still needed but for me there was no logic between his desire to be here for his daughter and the need to continue drinking. Another client that I will never forget had been sleeping rough under a bush for many years, defiantly refusing offers to come in. Then, on a freezing cold night I asked him yet again to come off the streets. His answer was: “I’ve been rough sleeping for 7 years, 8 months and 24 days”, then he got in the car to go to temporary accommodation. My passion for what I do will never waver but there are still some things that I cannot understand.

As you’ve said that you’ve always worked in homelessness and love working directly with clients, what keeps you inspired and motivated on a daily basis?

I tend to gravitate towards the more complex clients; I marvel at the resilience of people, how they can do and achieve so much. This is through accepting support, working together, but most of all it is through their strength to persevere and improve their lives. I enjoy working for Thames Reach because we always push the agenda of homelessness with the same amount of enthusiasm, whether it is in the spotlight or not. No two days are ever the same; having to think on my feet and be flexible keeps me motivated. I respect the fact that I can’t do my work alone; teamwork and relying on different partnerships keeps ideas and actions fresh and relevant.

I truly love working with Thames Reach and am proud of the work we do. Over the years we’ve achieved a lot of wins and are continuing to make profoundly positive changes to people’s lives.

Bill Tidnam, Thames Reach chief executive, said: “Terri thoroughly deserves this award which recognises the excellent and committed work that she does and has done in lots of different teams.  Terri is the embodiment of Thames Reach’s ethos of never giving up on people, while believing that they can make real and lasting changes in their lives, and has touched many people’s lives in her work.  The award is also a recognition of the hard work and commitment of all our staff, wherever they work, and I’m very proud for Terri and for Thames Reach.”