Kanesh now has a home after four years of sleeping rough 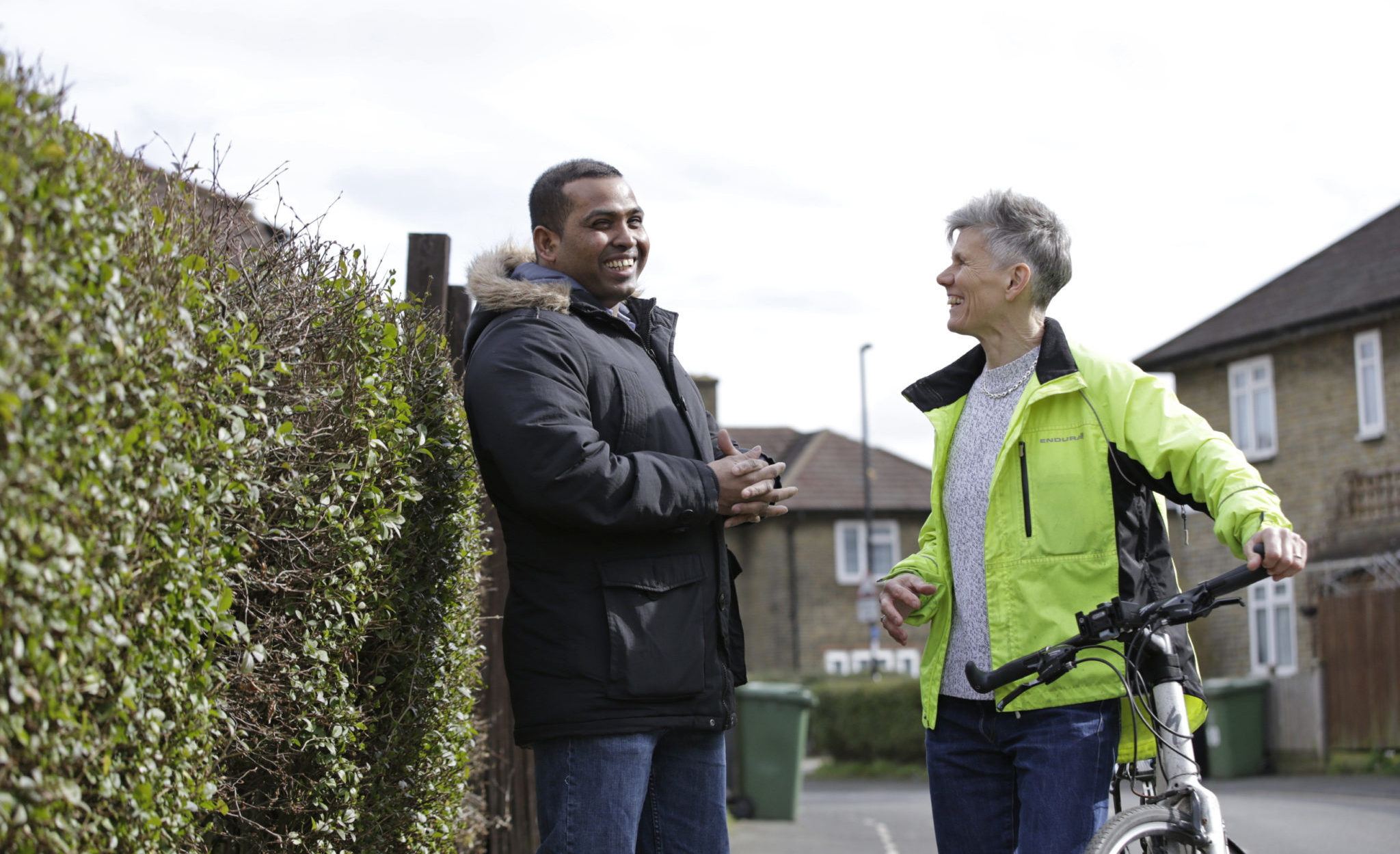 Kanesh slept rough for four years behind a leisure centre in South London. He was scared, ill and refusing to communicate with anybody. Then, one night, he met outreach worker Terri (pictured above, right) from Thames Reach’s London Street Rescue service. Two years later, Kanesh is now housed and working at a local supermarket, where he was recently made Employee of the Month.

From the streets to a home and job

Kanesh first came to the UK in 2000, fleeing civil war in his native Sri Lanka. He found a series of jobs in restaurants, petrol stations and supermarkets; he worked hard but became increasingly stressed. Struggling with depression, Kanesh left his last job in a pizza restaurant and walked out of his home in 2011.

She also helped him to apply for and successfully complete training courses at his local college, encouraged him to claim benefits, and helped him to find housing. In late 2016, Kanesh moved into a studio flat and last year he started work at a supermarket.

“I had nothing. I had lost everything. But I was lucky to be found by good people.

“Terri is a nice lady. She literally held my hand when I was scared and encouraged me to make progress. Thank you to Terri. Thames Reach gave me a new life.”

“Kanesh is in a much better place with his life now he is housed and working. He also has his own mobile phone, has a bank account and manages his own money.

“He’s also now back in contact with his wife back in Sri Lanka and they Skype each other regularly.”

How we helped Kanesh

Help people like Kanesh to find a new home