Having been employed for a long time in the music and film industries, Marvin found himself on hard times before being helped back on his feet by staff at Deptford Reach 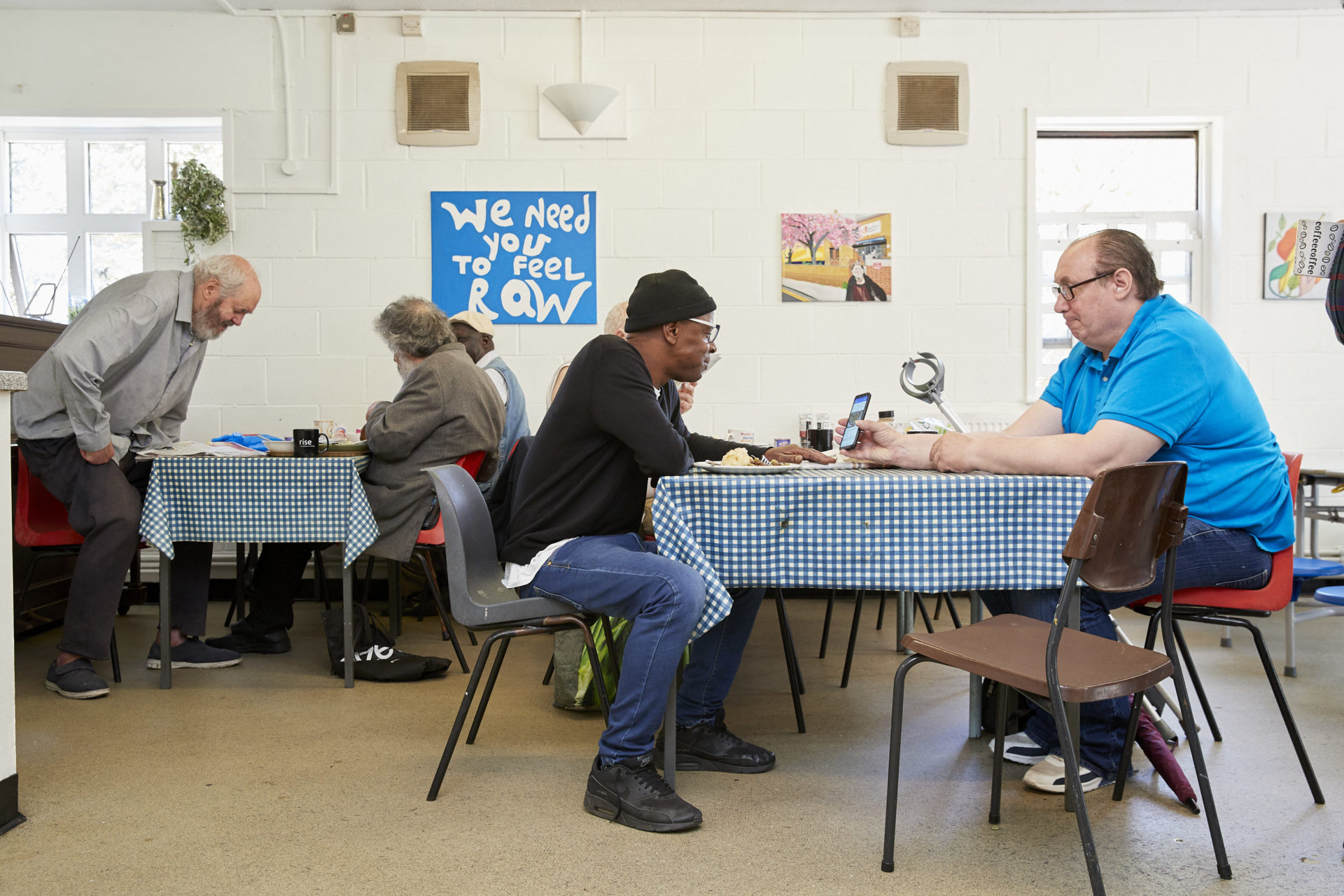 Marvin is a service user at Deptford Reach. He sits down in Deptford Reach’s art room with a wide smile on his face; he is preparing to start his first full-time job in years after struggling to get past interview stages. While he is optimistic now, things started to change for Marvin in 2012, after his work situation changed. He had worked in facilities, audiovisuals and staging for film, music, theatre and television. He talks about the precarious nature of the work, it was always feast or famine, and these were the days before zero hour contracts. He looks back at these years fondly, having toured with the likes of Peter Gabriel and Depeche Mode, and worked for huge directors including Ridley Scott.

But the work wasn’t consistent and in 2012 he was signing on at the job centre; because he didn’t have a fixed address and his post was being delivered to his brother’s house, he wasn’t aware that he was being sanctioned by the job centre. It was over Christmas that year that he found he had no money, and he would walk miles between his support networks and the job centre to sort his benefits as he couldn’t afford public transport. He was staying in a hostel nearby in south London when someone told him about Deptford Reach; he describes the project as a bit of a life-saver for people with mixed needs, and was grateful for the food and social opportunities. He has been a regular visitor at the day centre since.

Marvin has a strong work ethic and loves keeping busy, which was why struggling to work was so frustrating for him. He took up volunteering at Deptford Reach, mostly working in the kitchen with basic cooking and cleaning tasks, and was offered a place on a Food Hygiene course as an added extra for his CV. He is currently living nearby in accommodation, which was found for him by a support worker at Deptford Reach. Marvin is taking the future one step at a time, beginning with looking forward to starting his new job as a Facilities Engineer in the theatre industry.

How we helped Marvin

Help us to intervene before street homelessness becomes the only option