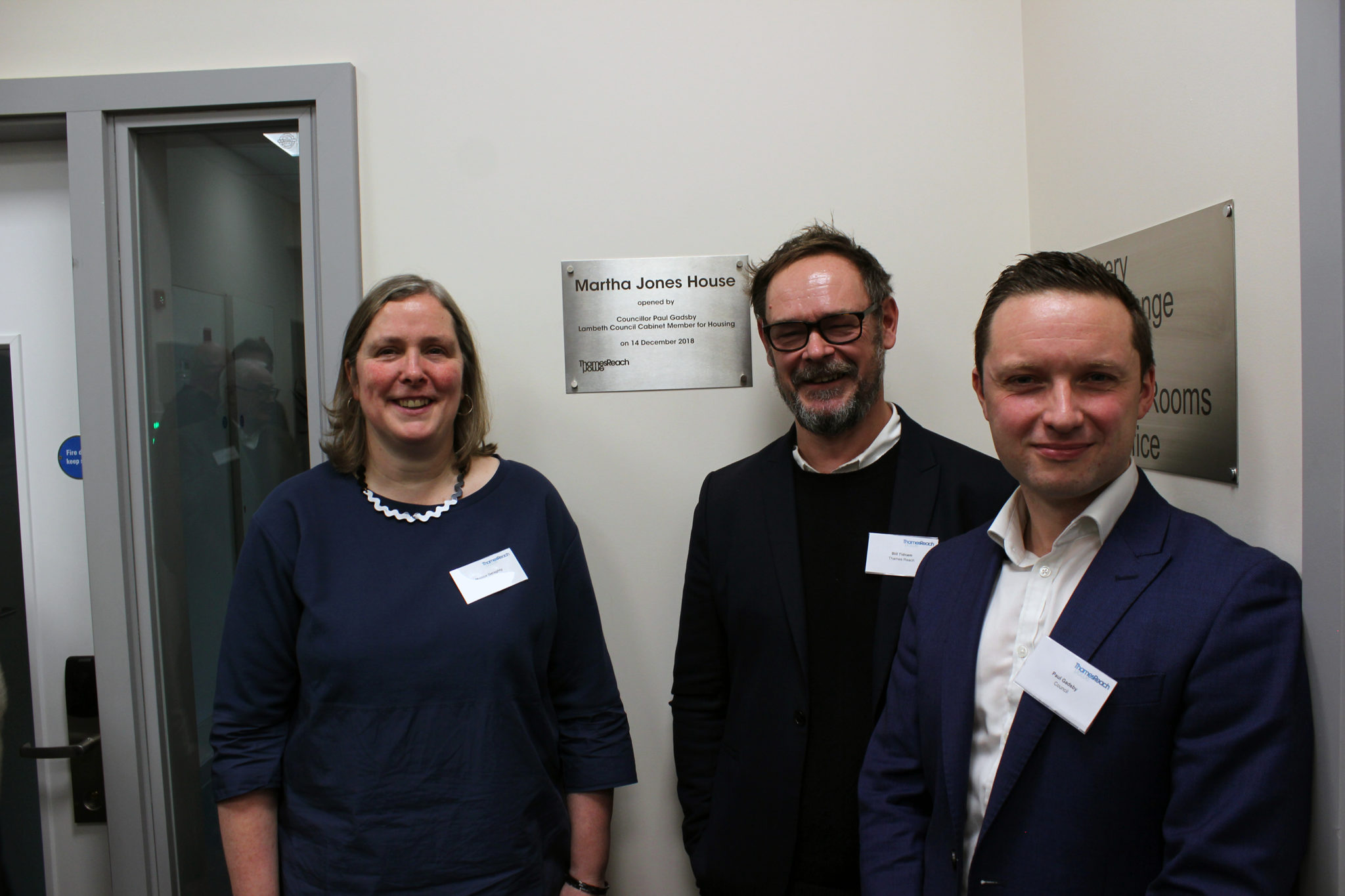 Cllr Paul Gadsby, Lambeth Cabinet Member for Housing, said: “Martha Jones House is a marvellous development that will make a tremendous contribution to the support we can offer rough sleepers.

“But they’ll offer much more than a roof above their heads: the people staying there will get all the support needed to help them to move into independent living and stay off the street in the long term.”

Speaking at the event, Bill Tidnam, Thames Reach Chief Executive, said: “We are delighted with the new building which has been designed and built to such a high standard.

“It’s important that residents can live in a safe and dignified place that is less institutionalised, and we’re proud of the changes we are making to support our residents to achieve positive outcomes.

“We’re grateful to our funders, Lambeth Council, and owners of the building, Places for People, for playing a key role in developing our new facilities, but also to Monica Geraghty and the excellent staff team at the hostel for making the move to the new hostel such a success”.

The new hostel replaces Graham House – Thames Reach’s former largest hostel which accommodated 69 residents but closed in November 2018 due to ongoing developments at Vauxhall Square. Being smaller, the new hostel accommodates only 50 residents. Some residents successfully moved into independent living and supported accommodation as part of the move, and the remaining residents made the short move around the corner to the new building.