Ricky’s story: “I was moving around when sleeping rough to keep myself safe. You get beaten up”

After being helped off the streets, Ricky quickly received a flat of his own through Croydon Housing First 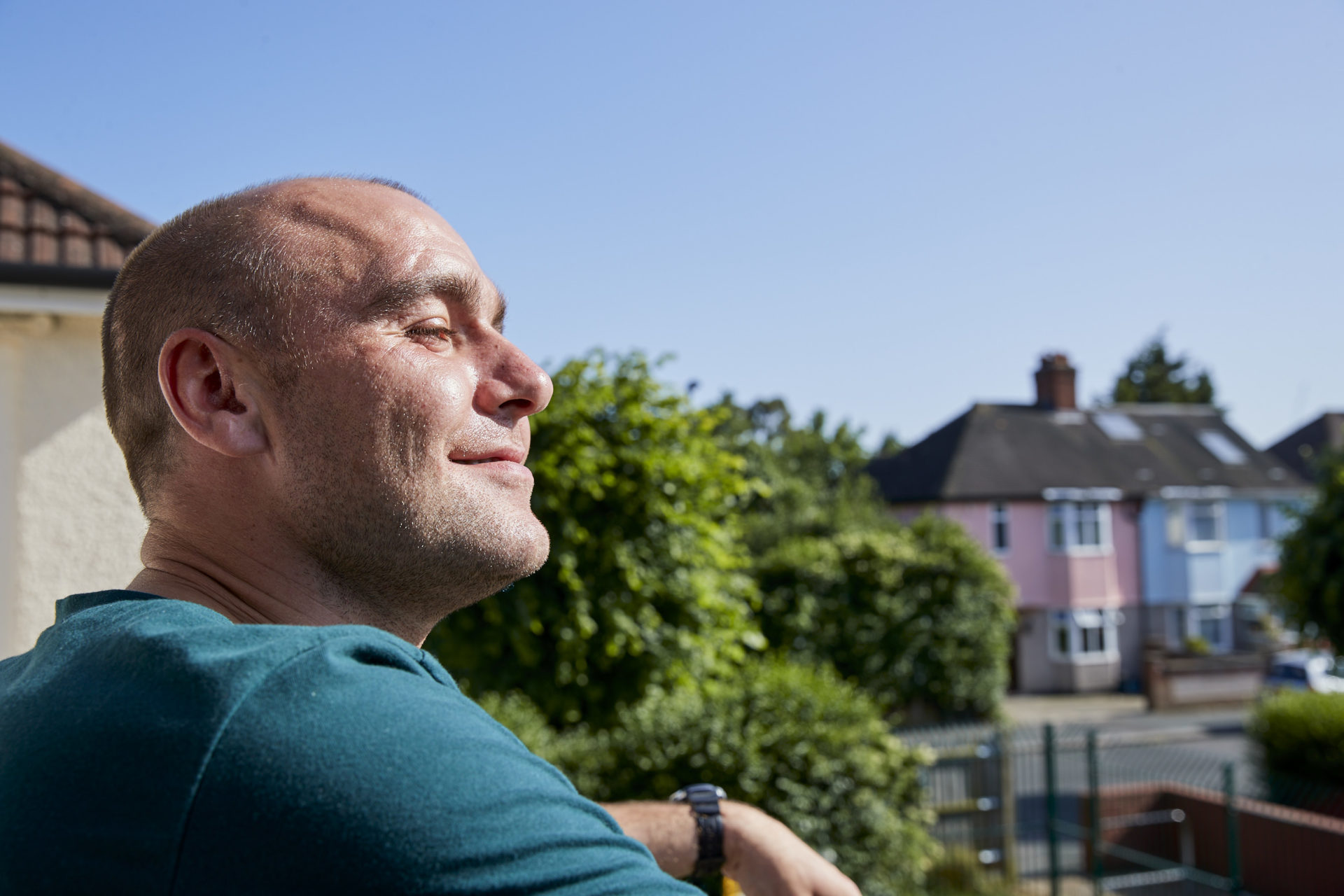 Ricky looks around the room, taking it all in. He spreads his arms, displaying his new home: “I’ve got my own house, I’ve got my own kitchen, my own bedroom, my own bathroom, the living room you’re sitting in now.”

He stands up, and walks into the next room where a tent lies folded in the corner. He picks it up. “I slept in this tent every night when I was on the streets. Now, look around, I’ve got a place of my own.”

Ricky spent almost two months sleeping rough after his brother died from an overdose. He’d moved in with him after his relationship had ended and he’d lost his job.

“I found him dead. I was devastated. I was in a terrible place,” he says.

“I was moving around when sleeping rough to keep myself safe. You get beaten up. I’m very vulnerable as a person.” He had been staying in the Croydon area and approached the council but, as he had no local connection, he was unable to get any help.

Thames Reach outreach workers found Ricky bedded down and were able to help him into temporary accommodation. He was also put in touch with health services to get treatment and support for his alcohol use.

At this stage, Ricky expected an extended stay in temporary housing, but he was referred to the new Croydon Housing First team, which aims to get people experiencing homelessness into their own accommodation immediately. This helps people move towards independent living rather than spending long periods in hostels or temporary accommodation. The team also helps with access to services that provide support for health, benefits and training opportunities.

The Housing First team worked with the council, advocated for Ricky, and were able to secure a flat for him.

“I was told that I had a flat viewing, a chance to get my own place,” Ricky says. “I was shocked that I’d got one so quickly. I assumed it would be a private rented flat, I couldn’t believe I was getting it through the council. I wanted it so much that I came to just look at it from the street in the days before the viewing.”

Ricky returns to his seat by the window where the afternoon sun pours in. He’s now been in his flat since February, and is continuing to receive support and access services to help him during his recovery.

“Coming off the streets involved a bit of re-adaptation,” he says. “I’m paying the rent and engaging with the help I’m being offered. Even now, though, I still fear losing my place because when you go from the streets to having to do things like paying bills again it can be difficult, so I’m grateful for the help I get with that. If I want help I will ring up and ask and I know I will always get it.”

Ricky is now starting to think about the future, and wants to start training courses to rebuild his confidence and eventually find work again. “I used to be an English teacher, and I know French. Maybe I could do something with that,” he says.

He looks again around his flat. “I love this place and I’m so grateful for it. I’ve got a nice view out of the window. I’ve got a nice parquet floor. They wanted to rip it up but I said hell no.”

How we helped Ricky

Help people like Ricky to find a home of their own