After receiving support at our Robertson Street hostel, Mark is now saving up to furnish his new flat 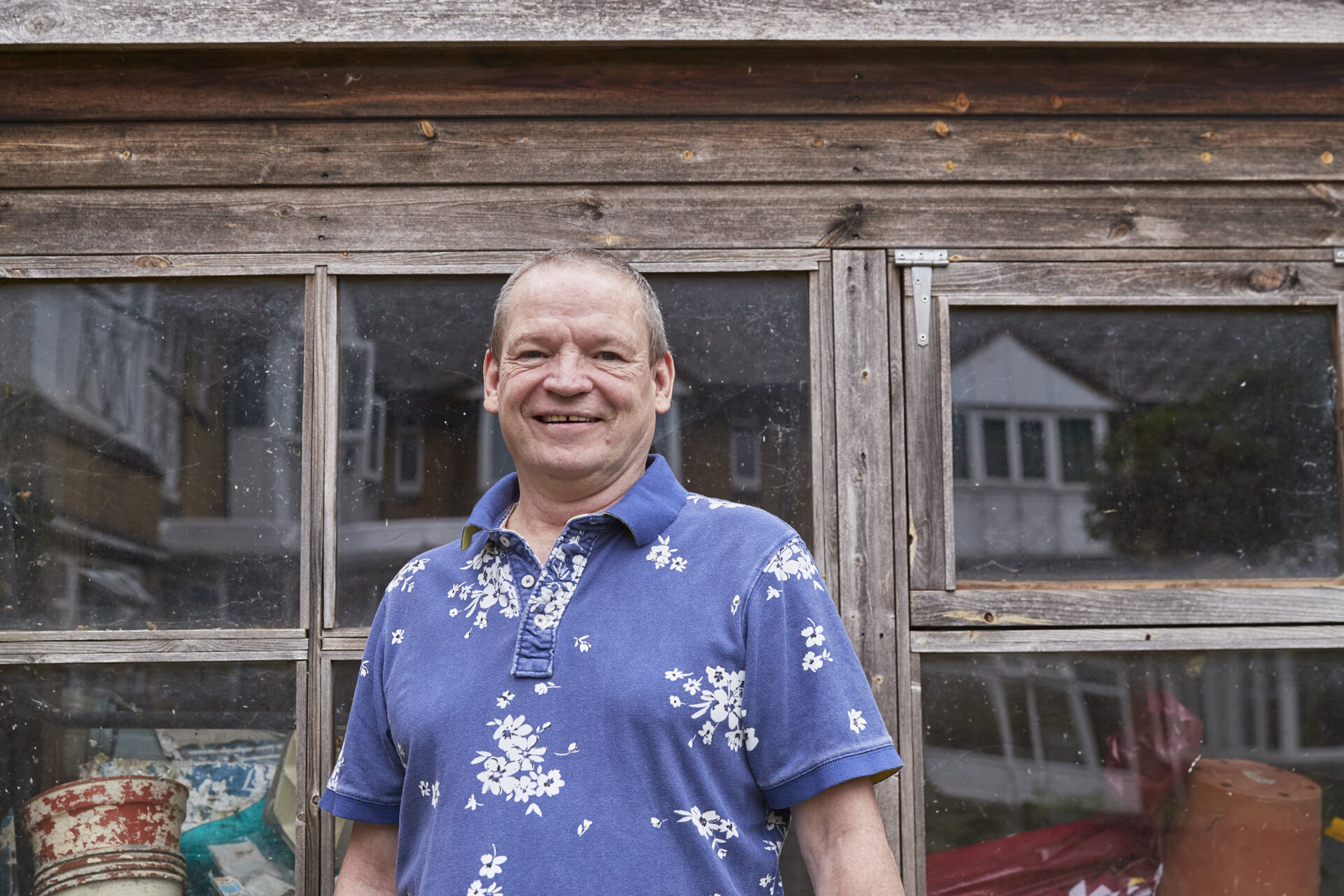 Mark arrived at our Robertson Street hostel in January 2020, having struggled for a long time with alcoholism.

He had spent many years working on production of long running ITV show The Bill as a driver, transporting light and sound equipment, as well as working on Eastenders and a number of films. The job was intensive and he would often be working seven days a week. When production of the show ended in 2010, though, Mark found himself at a loss and struggled to find new work. ‘When production finished on The Bill, that’s really when I started drinking,’ he says.

Whilst working on the show, Mark rarely used to drink, as he would often have to be up to start work at three or four in the morning, but after the show finished, he lost contact with a lot of people, and began to feel isolated.

Then his mother and brother both sadly passed away, and Mark began to drink heavily.

‘When you’re drinking the first thing you do in the morning is run to the toilet and you’re heaving up but there’s nothing there to come up. You can’t eat, you can’t drink, you can’t even drink water. You get the shakes, bad nightmares, sweats, you don’t look or feel good,’ he says.

Since arriving at Robertson Street, Mark has received a lot of support from his key worker, Alison, who told him that getting a place of his own was possible once he’d gotten help for his drinking.

Alison has been amazed by the progress Mark has made. ‘He’s become so resilient,’ she says. ‘The difference we’ve seen in him from when he arrived to now is huge.’

Nine months into his stay at Robertson Street, Mark is doing well and is spending lots of time in the gym. Alison has helped him get the backdated Personal Independence Payments he was owed, and he has now saved up some money, which he intends to use on furnishing his new flat.

‘I know if I touch the money I’ll spend it on booze and lose everything,’ he says. ‘So instead I’m focusing hard on just saving everything for the flat.’

Mark is also hoping to get a job soon, and to save up further for a car and a holiday. ‘Having something like this to aim for is helping me stay sober.

Mark is one of many people who are moving on from street homelessness. This winter, we’re highlighting the work we’re doing to help these people move on and live more fulfilling lives. You can find out more about our Moving On From Homelessness campaign and the services supporting people like Mark by clicking the link here.