Thames Reach clients and staff star in As You Like It

Thames Reach took part in a musical adaptation of William Shakespeare’s As You Like It at Queen’s Theatre Hornchurch in partnership with the National Theatre. 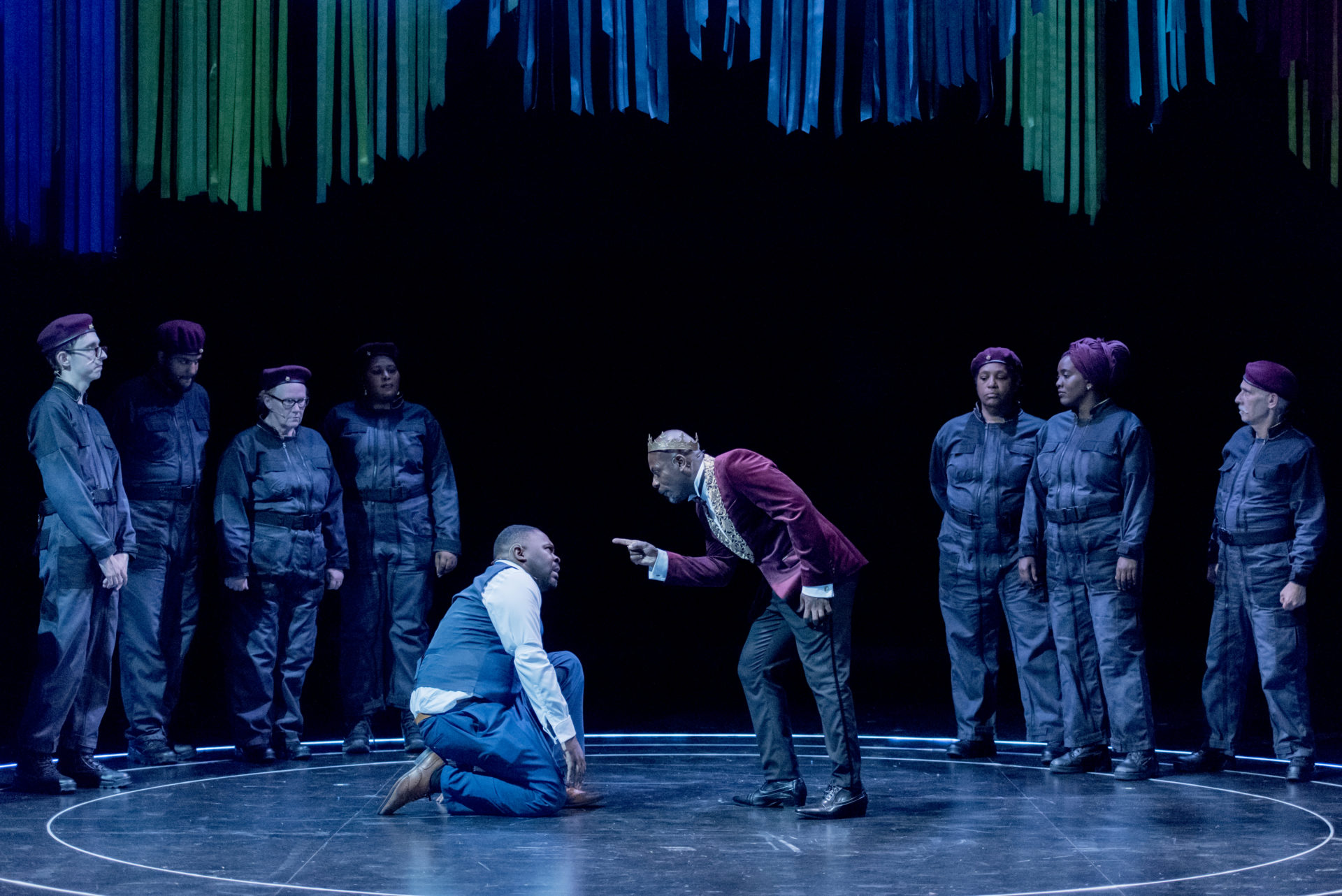 In August, Thames Reach staff and clients were involved in the community cast of a production of Shakespeare’s As You Like It at Queen’s Theatre, Hornchurch, as part of a two-year partnership with the National Theatre. The production had fantastic reviews, including four stars from The Guardian, Gay Times and What’s On Stage among others.

A month after the curtains closed at the Queen’s Theatre, Thames Reach invited cast members and theatre staff to the Employment Academy for an informal event to discuss the project, reflect on their incredible achievements and think about how they will be going forward.

One participant said: “This has been an amazing experience. Getting to know people is really important but something I find hard to do – being in the show proved how rewarding it is. This project has been worth being sober for. Pressure is usually very triggering for me so I was worried about how that would work in rehearsals, and how I’d react, but the environment was so positive and supportive. Since doing the play I’ve gained a greater awareness of physical abilities and disabilities.”

Curtis said: “I’ve been feeling totally pumped since the show. I’ll always cherish and remember the experience. My confidence has improved and I’ve transformed as a human being off the stage.”

Kayode said: “I didn’t imagine how the show would end up; the version of me before I started the project would never have thought I’d be able to achieve this. It’s transformed my inner self confidence, it’s been liberating to challenge my limitations.”

Gemma said: “It was incredible to see how everyone dealt with the nerves, everyone was so encouraging and supportive. I have a new interest in community theatre, and would be interested to see other community shows.”

The press release for the production at Queen’s Theatre, Hornchurch, can be viewed here.

How we supported the Public Acts project