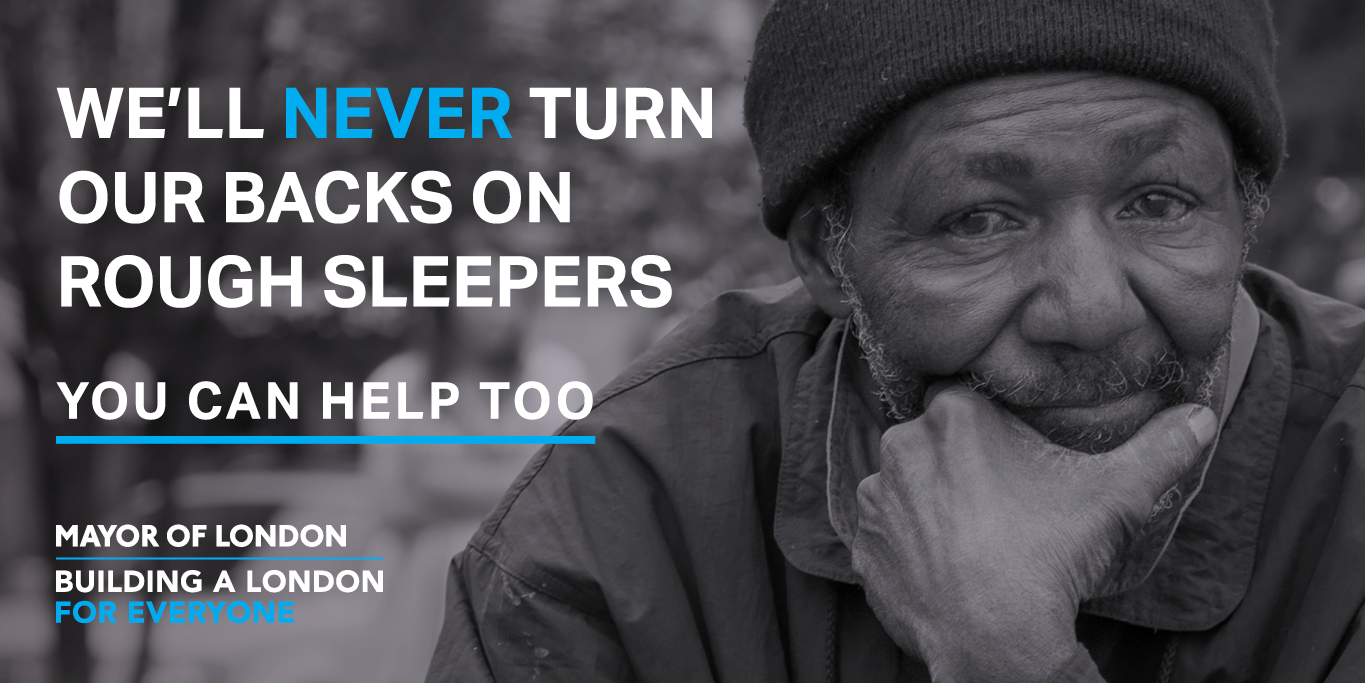 A total of 18 charities have come together to end rough sleeping and homelessness, launching the new London Homeless Charities Group on Friday 15 December with a winter campaign backed by the Mayor of London.

Welfare changes, soaring housing costs, and a shortage of affordable accommodation mean that more and more people are left with nowhere to call home, with official figures showing that rough sleeping has more than doubled in London since 2010.

The London Homeless Charities Group, which includes Thames Reach, St Mungos, Crisis, YMCA England & Wales and others, is joining forces with the Mayor on the ‘No One Needs To Sleep Rough In London’ campaign, calling on the public to join the fight to help ensure there is a way off the streets for people sleeping rough in the capital this winter.

The campaign is aiming to raise awareness and offers an easily accessible single donation point to Londoners, with all funds generated going equally to all 18 charities to help provide vital services and direct support where it’s most needed.

The campaign also wants Londoners to take action when they see some sleeping rough and provide information to the national referral service StreetLink to help connect someone with local outreach services.

Thames Reach Chief Executive Jeremy Swain said: “It should be unimaginable that anyone has to spend a single night sleeping rough in this country. Homelessness is the major issue of our time, which is why 18 charities have come together to form the London Homeless Charities Group, bringing together expertise across the sector to end rough sleeping and homelessness in the capital for good.

“It’s a tremendous boost to have the Mayor of London support our first winter campaign, but we now need your support. We know that Londoners care passionately about helping people sleeping rough and through the London Homeless Charities Group, Londoners now have a central point for donations. Together we can offer more support to rebuild lives and make sure that no one has to spend another night living on the street.”

Mayor of London Sadiq Khan said: “I know there are millions of Londoners who want to do something to help rough sleepers get off the streets for good. That’s why I am pleased to be joining forces with our new coalition of charities dedicated to this cause, offering a single donation point for Londoners who want to give money to those who need help the most. I urge Londoners to donate and join me in helping people sleeping on our streets to connect with vital services.”

Find out more at: www.london.gov.uk/what-we-do/housing-and-land/homelessness/well-never-turn-our-backs-rough-sleepers

To donate, and help people sleeping rough to get off the streets, please visit: www.gofundme.com/endroughsleeping