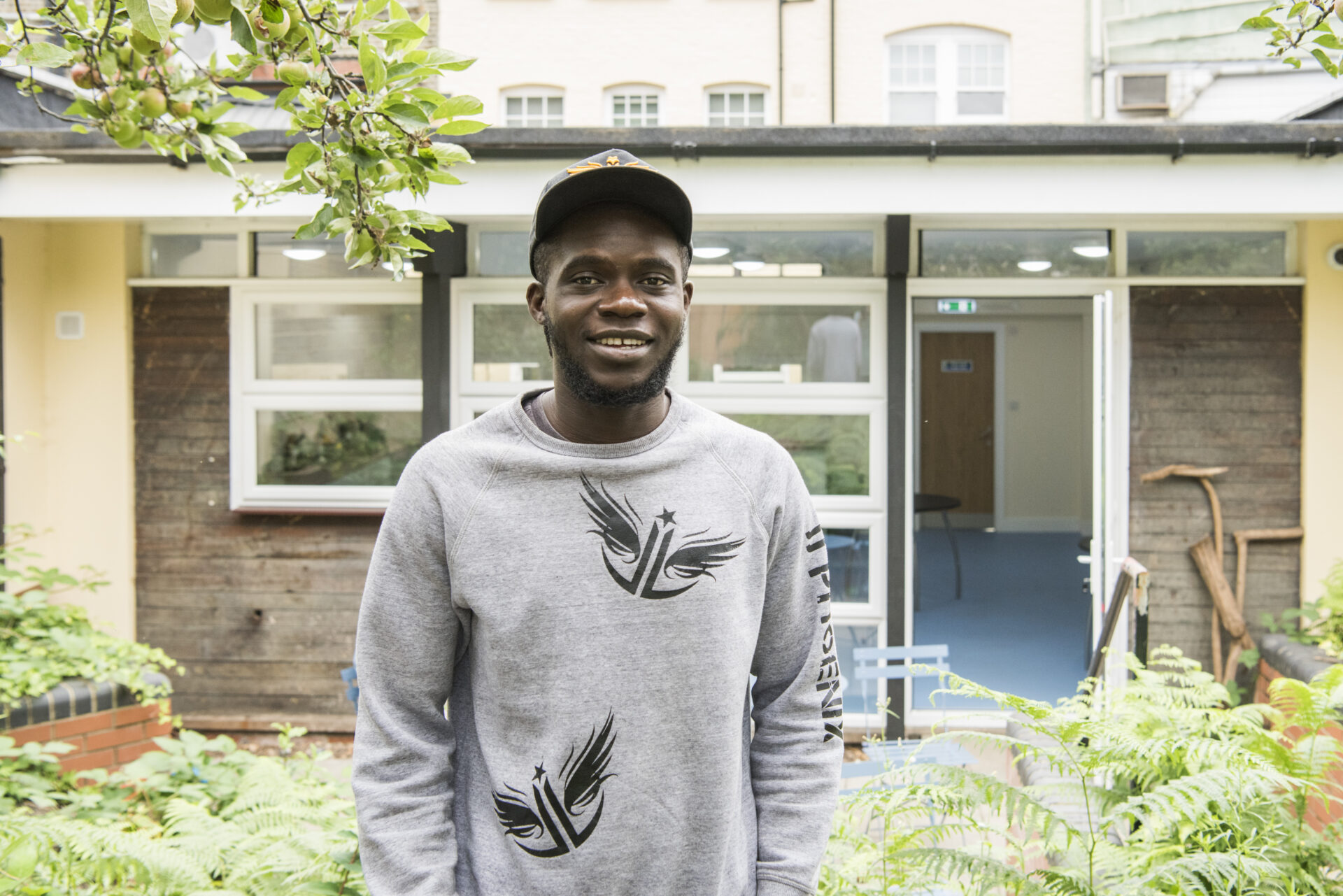 Mathiu has been staying at the Clapton Common residential property for two months, and is already working with Corinna, the housing manager of Thames Reach’s Peer Landlord Scheme, to get his new flat and secure a successful move-on process. Mathiu had become homeless after a bad relationship breakdown which made him homeless. He then stayed with a friend for a year and a half, but she got into a new relationship, and her boyfriend wasn’t happy with Mathiu staying at the flat, so he had to move on.

Mathiu got in touch with Hackney council, who at the time could not help due to Mathiu’s status as having no recourse to public funds. He only had 30 days left to renew his immigration papers, which Hackney supported him with; they helped him make the new application and he was soon eligible for support. In April this year, the council temporarily accommodated him in a hotel for a week before he spent some time in a shelter in north London. Arrivals to the Clapton Common project are made through referrals by Hackney council.

Mathiu says the differences between living in a shelter and living at the Clapton Common residence are huge, including freedom of having your own space and to cook your own meals. At the shelter, he says, there were up to twelve people sharing one room. “I’ve had help here with employment and getting qualifications. I want to work in the rail industry, so Thames Reach have been really helpful in getting me towards that, such as enrolling me on the PTS course, which is the licence you need to work on the rail.”

“Corinna has also helped me apply for my housing benefit, which I didn’t know how to do. Without her, I don’t think I would have been able to do it myself.” Mathiu has two children so finding the most suitable accommodation has been important in helping resolve his homelessness. He has been getting the support he needs in finding his new home, while living at Clapton Common. He usually has his kids at weekends, and is looking forward to being able to have them round again.

“Living here has really motivated me to be myself and to be better. Like I had never thought of being a personal trainer until I got my own space, and now I have people that I train on a weekly basis. Now I’m looking at getting my personal training licence as well as my rail qualification.”

Learn about our prevention services