Sebastian is on his recovery journey away from street homelessness, and is currently a resident in our Peer Landlord project in Hackney. Now he has gained settled status, he is looking forward to entering the world of work again 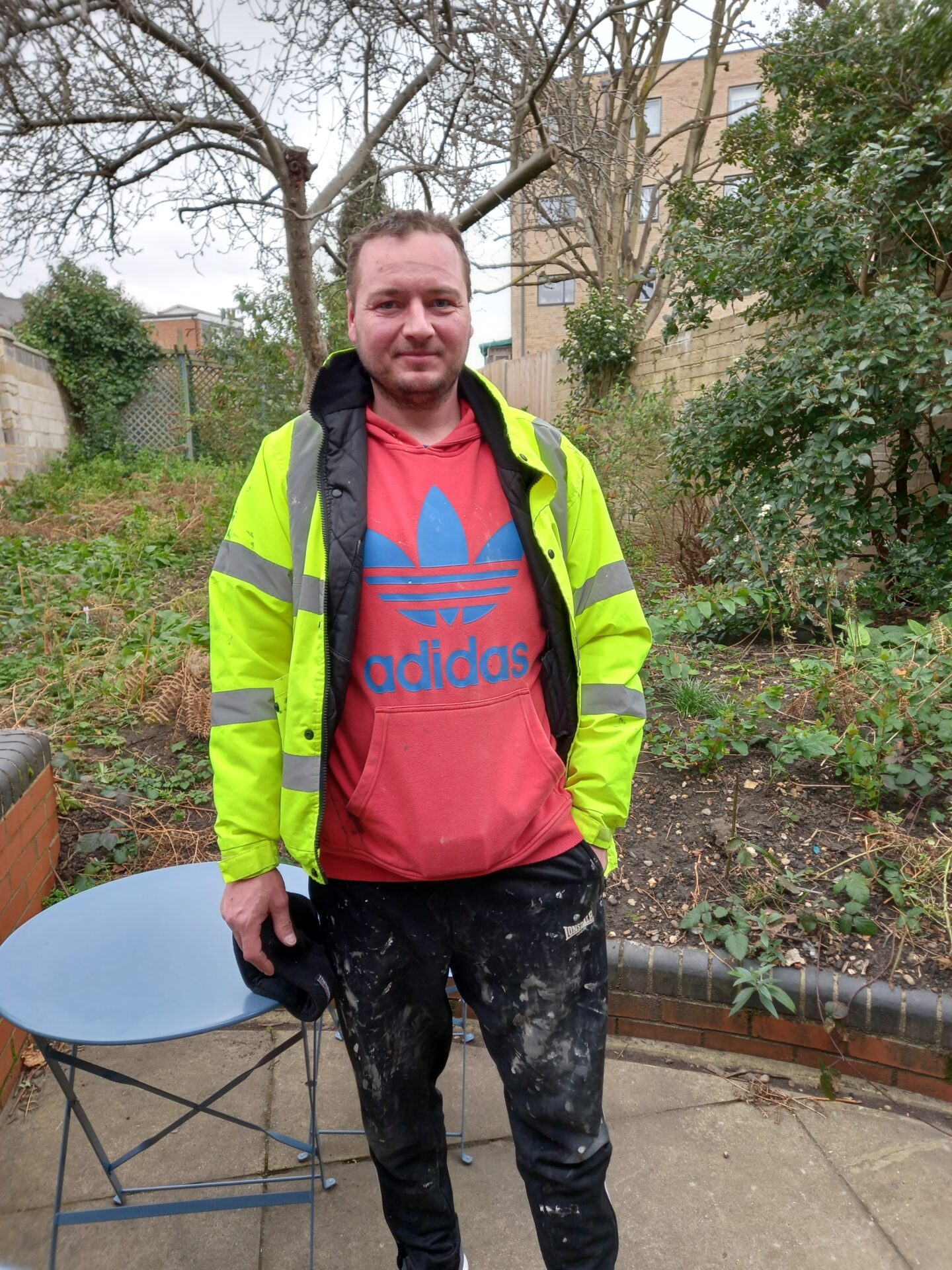 Sebastian is currently a resident at Thames Reach’s Peer Landlord housing project in Clapton Common, in partnership with Hackney council. He has been staying there for three months, and as a short-term accommodation solution, Sebastian is utilising the project as a stepping-stone before moving into his own flat. He is already making plans for moving on, to become more independent.

Sebastian started sleeping rough in January 2021, after injuring his ankle in December 2020 and being unable to work in his construction job. After losing his job, he was unable to pay his rent, and so was made homeless. During his time on the streets, he was sleeping in a car park in Stamford Hill with some other people; an outreach worker in the Hackney SORT (Street Outreach Team) came to talk to them and offer support, initially resulting in a room in a local hotel.

After this initial placement, Sebastian was then supported and moved to a hotel in Dalston, followed by a move into a hotel at Finsbury Park, where he was supported by Single Homeless Project, allowing him to then move into Thames Reach’s Peer Landlord project.

Obtaining settled status has been a huge factor in helping Sebastian out of homelessness. His status was confirmed two months ago, after a long delay due to a backlog from the pandemic. “When I was waiting for the results, I was really worried,” he says, “I have no family left in Poland, so if I was deported, I would have no one and nothing there for me. I’ve been living in the UK for eighteen years.”

Now that he has gained settled status, he is looking forward to moving on. The first thing he wants to do is get back into work, in the maintenance and construction industries, as he has plenty of experience, skills and qualifications to do so. He says he used to work on high-profile projects, and is looking forward to doing the same again, now that his injury has healed. Sebastian says again how helpful Corinna has been, both in terms of helping him with his paperwork and recovery journey, but also as a friendly face in the project. “Every time I see her around the house, we have a little chat about how I’m doing and what I’m doing,” and says that the support has helped him gain confidence for the next chapter of his life.

Learn more about the services that helped Sebastian

Help people like Sebastian to build a new home for themselves