Over 200 gather for Thames Reach staff and volunteer conference 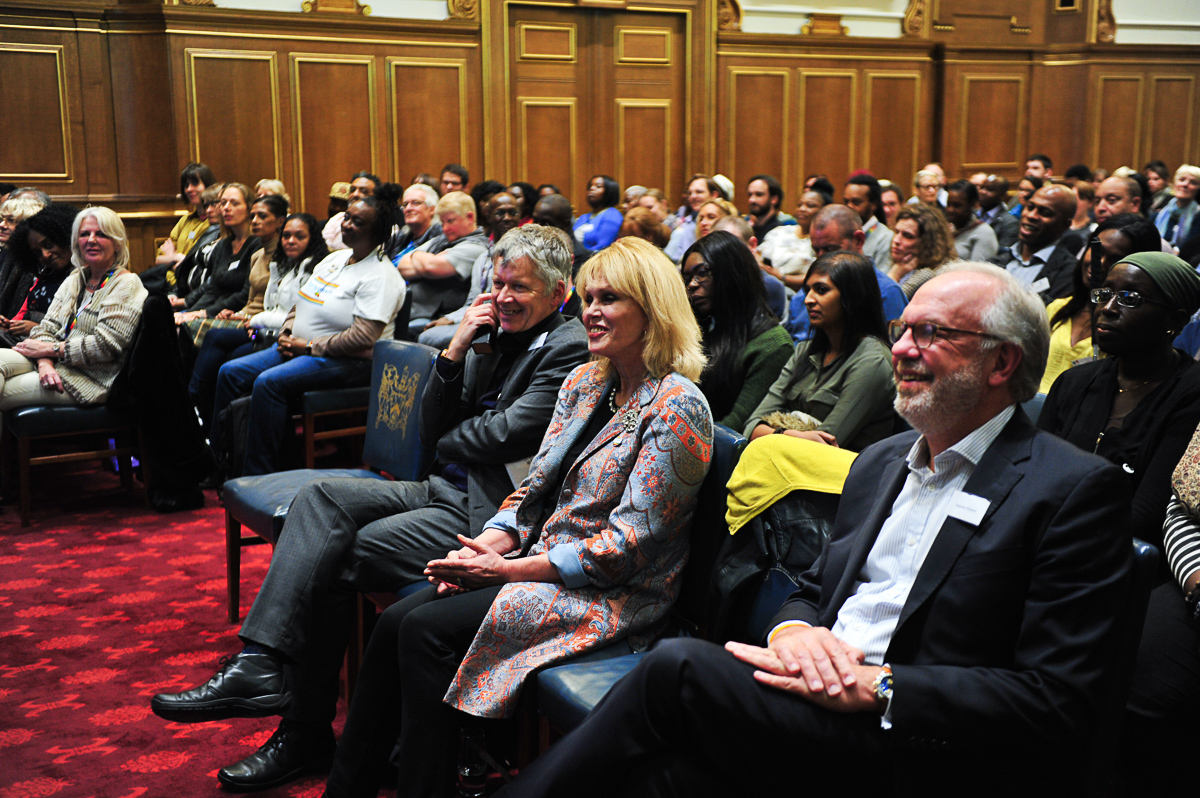 Over 200 staff, volunteers, service users, and friends of Thames Reach, including Joanna Lumley, gathered in the City of London on Monday for the Thames Reach Working Together Conference.

The event celebrated the work of Thames Reach, explored the different ways in which more homeless and marginalised people could be helped, and featured an awards ceremony acknowledging staff and volunteers who have made a special contribution to the organisation.

Joanna Lumley handed out certificates to staff and volunteers, who were recognised for their contribution to Thames Reach and for the way in which they’ve supported the people using its services.

The day-long conference also featured a series of workshops tackling some of the key issues facing the sector today – homelessness prevention, Housing First and virtual hostels, domestic violence and homelessness, The Lambeth Alliance and the new approach towards providing metal health services in the borough, LGBTIQ and homelessness, in-work poverty, the future of hostels, along with a session where services users discussed what changed things for them.

Many of these workshops were run by partner organisations, including Homeless Link, Housing for Women, South London and Maudsley NHS Foundation Trust, and Stonewall Housing, who generously contributed their time and expertise to lead discussions on some of these key issues.

UNISON, The Passage, CityLit, and Prospectus all ran stalls at the conference, alongside Thames Reach representatives from the Tenancy Sustainment Team, Lambeth IPSA and the Lambeth Living Well Network Hub, and the LGBTIQ Group.

Thames Reach Chief Executive Jeremy Swain, said: “It was a great pleasure to be at the conference with colleagues from Thames Reach. The energy and enthusiasm evident throughout the day was deeply impressive and to have Thames Reach volunteers, service users, board members and friends from other organisations, as well as the wonderful Joanna Lumley, also making a massive contribution gives me hope and confidence as we collectively seek to reduce homelessness and social exclusion over the coming months and years.”