Thames Reach were one of the beneficiary charities of London’s World’s Big Sleep Out event on 7 December. The event was a great moment of solidarity in the movement to end homelessness 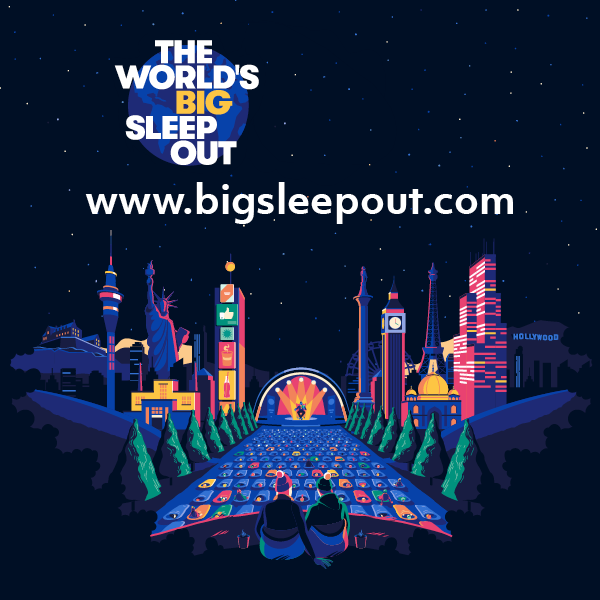 On Saturday 7th December, over 2,000 people slept out in Trafalgar Square for the World’s Big Sleep Out. Thames Reach were one of the chosen beneficiary charities of the London branch of the global event, which raised money and awareness with the goal of ending homelessness around the world.

It was an inspirational night for all involved, with people sharing Thames Reach’s mission of ending street homelessness coming together to show their commitment to the cause. The weather on the night was cold but dry up until the middle of the night, where it began to rain heavily, giving the 2,000 fundraisers insight into one aspect of life on the streets in winter.

Aside from sleeping out, fundraisers were treated to a concert, compered by comedian Steven K. Amos, with music from a great lineup including Travis, Rag N Bone Man, Tom Walker and Jake Bugg, with a bedtime story read by Dame Helen Mirren.

Our Chief Executive, Bill Tidnam, also took to the stage to represent Thames Reach and introduce our work to the crowd. He then introduced the next act: Thames Reach clients in partnership with the National Theatre’s Public Acts initiative, who performed a moving rendition of ‘My Own Way Home’, a song from their 2018 production of Pericles. You can read about the project here.

Thames Reach are proud to have been involved in the event; highlighting the reality of homelessness to the public and government is incredibly important to us. We were there ourselves in the Charities Tent, ready to chat with anyone who wanted to know more about our work, and those who couldn’t sleep on Saturday night, to remind them about the vital work their fundraising will support.

Thank you to all who were involved, donated and slept out on 7 December. Watch this space for more information on the World’s Big Sleep Out legacy, and how it will support our various projects including the Hard to Reach Fund.

Do you share our passion for ending street homelessness?