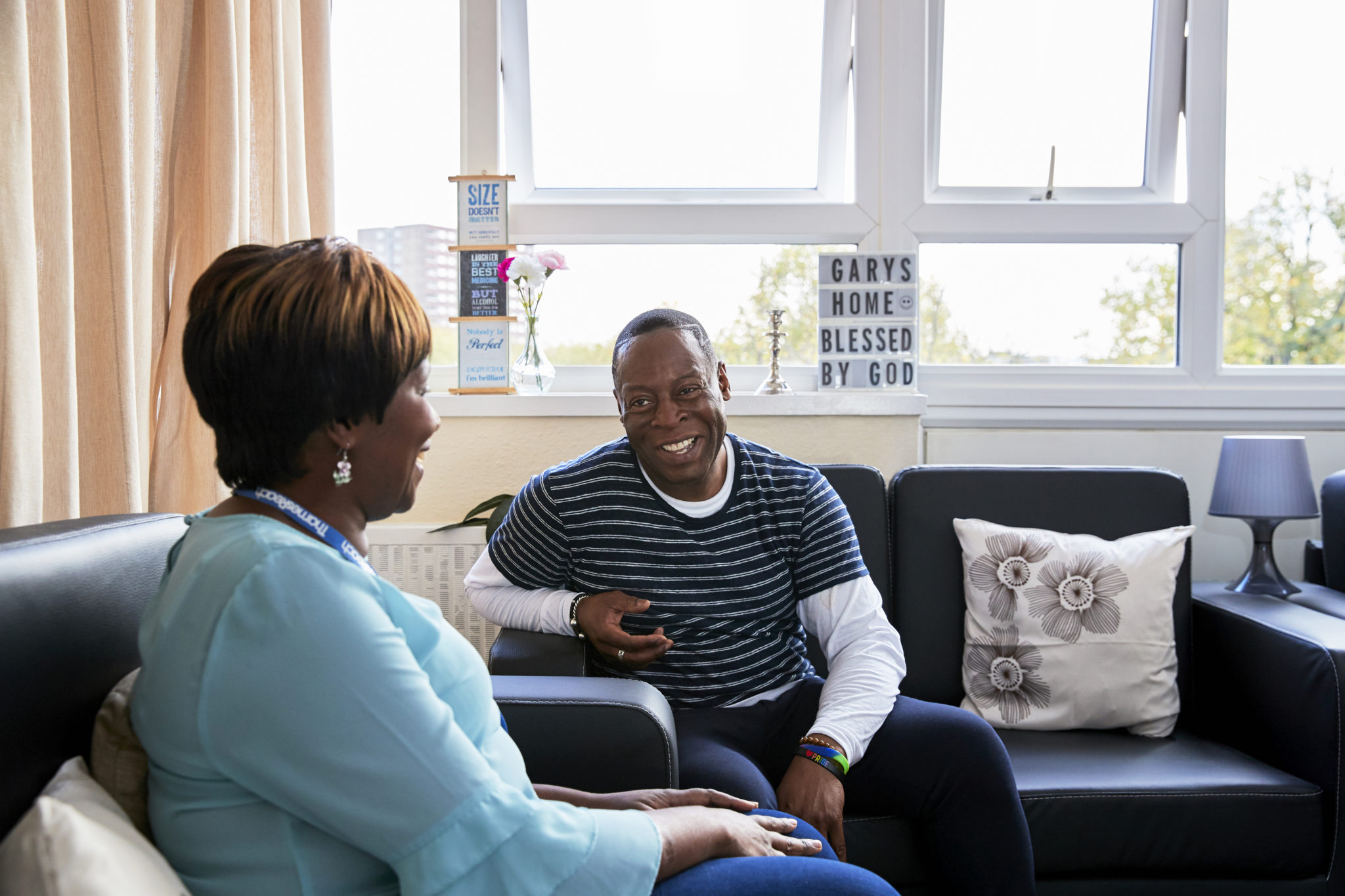 Recently housed, Gary is now enjoying the sense of freedom that can come with living in your own home.

When he was younger, Gary had begun forging a career as a judicial clerk for a number of criminal solicitors and worked in chambers at the High Court. At the time, he was one of only a few black people working in the legal profession in London and encountered a considerable lack of respect and recognition in his work place. He began to see no future for himself as a solicitor and eventually left the profession after seven years.

Gary’s family had struggled to accept his sexuality and, when he learned that he was HIV positive, he felt forced to move out, and soon became estranged from them. He spent some time living with a friend, and when that friend sadly passed away, he decided to move to New York, where he lived for the next eight years.

During his time in the United States, Gary’s health seriously declined. He returned to the UK very unwell but had nowhere to go, and so began a damaging period of homelessness.

“I was homeless for 14 months,” said Gary. “I remember every month, every day.”

Gary spent this time moving in and out of hostels and temporary accommodation. He found hostel environments overwhelming, and homelessness began to have a serious detrimental effect on his mental and physical wellbeing. He self-harmed and considered taking his own life.

A very reserved and private man, all Gary wanted was to be able to live in his own space independently. Eventually, he was helped to begin the process of finding independent accommodation but soon he faced a gruelling series of bureaucratic hurdles.

Time after time he was told he didn’t fit the criteria or that there was an issue with his referral. One door closed after another and he remained extremely unwell. Sometimes he was violently sick for days.

When he could, Gary would spend up to eight hours a day queuing at the local civic centre, attempting to untangle the issues surrounding his housing application.

Eventually, Gary was referred to Thames Reach via Look Ahead – a charitable housing association which is now part of Thames Reach services, where support workers were able to help him access his own flat.

Gary is now being supported by Thames Reach’s Brent Reach floating support service – where support workers visit people in their homes, helping tenants become more social and independent as well as supporting with daily tasks such as budgeting, computer skills and their physical and mental health.

“The only reason I can talk about my past so willingly and calmly now is because of the tremendous support I received when I came into contact with Thames Reach,” he said.

“You know when people deal with you on a human basis, well that’s what I found here.

“They were comforting and supportive and got me into my own environment and gave me the foundation I needed. I never thought, after everything, that I would get this kind of support,” he added.

With support from Thames Reach’s Tenancy Sustainment Team, Gary’s health has improved. He is now adding his own personal touches to his new flat, turning it into a real home. He feels an immense sense of relief that he finally living independently again.

“My flat is so bright and airy. I feel a lightness, I feel a weight off my shoulders. I’m elated. I don’t feel stifled, I can think and feel again.’

How we helped Gary

Help people like Gary to find a new home