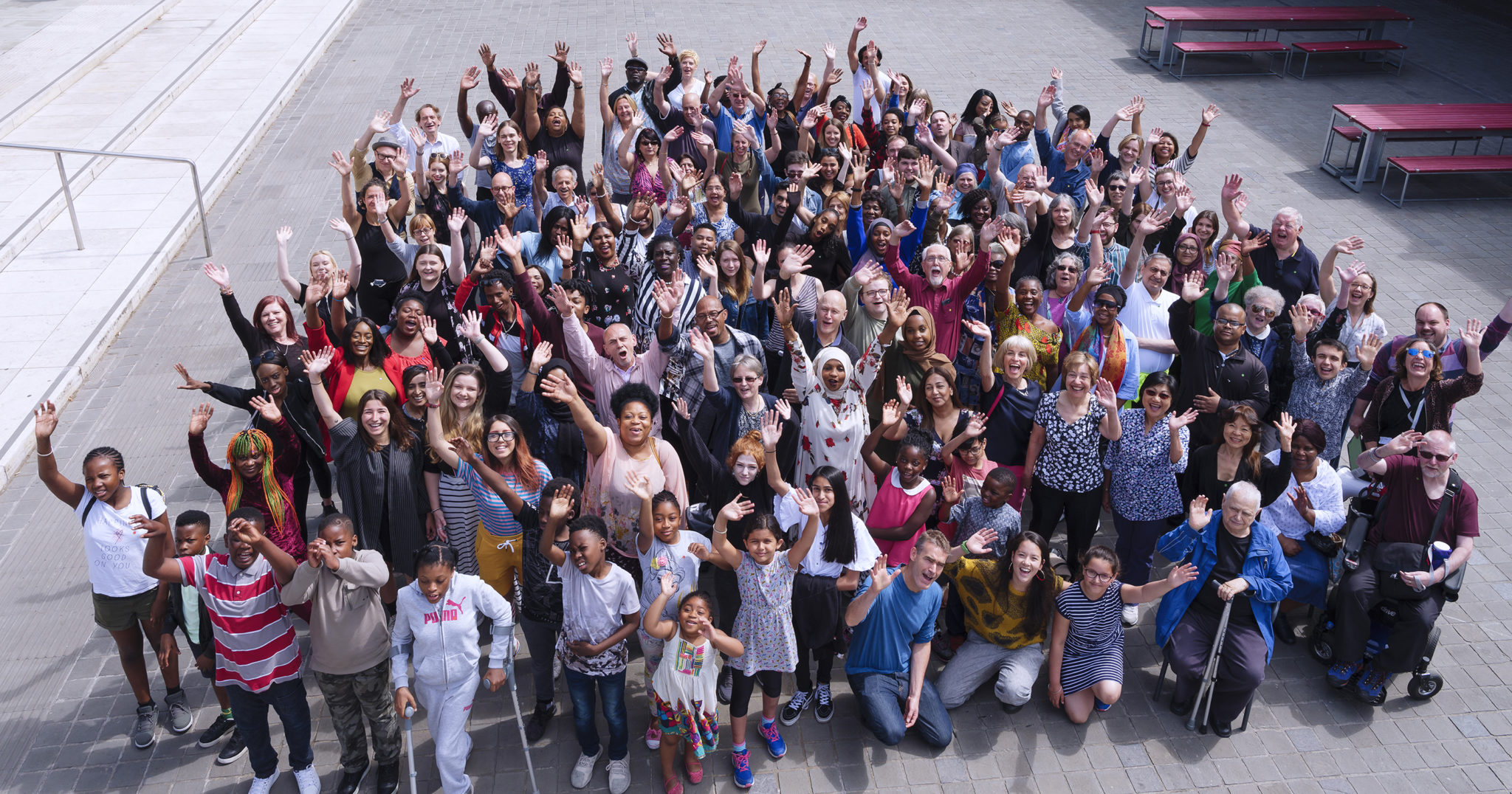 Thames Reach service users have formed part of a new company of over 200 people from across London, who are working together with the National Theatre to take part and star in a musical version of William Shakespeare’s play Pericles.

Pericles is the first production in the National Theatre’s Public Acts initiative – a new programme of sustained partnerships with communities and theatres across the UK working to create ambitious new works of participatory theatre.

The production marks the mid-point of a two-year partnership with the National Theatre, with several other community-based and charitable organisations, and with the Queen’s Theatre Hornchurch.

Through Public Acts, service users from Thames Reach have taken part in a programme of workshops, trips and opportunities for exchange, and will form part of the company for Pericles, which will be presented on the National Theatre’s Olivier Stage from 26 – 28 August 2018.

Thames Reach support worker Denise Vilanou said: “This amazing collaborative opportunity with the National Theatre has had a tremendous impact on Thames Reach’s participants. The weekly workshops have provided a space for service users to be themselves, build confidence, think independently, be part of team and most importantly have some fun.

“The feedback I have received from our service users has been heart-warming with one service user saying ‘this is now my family. I do not have any friends outside of this group and this project is the one thing I look forward to every week’.”

“Going forward, we’re excited to get stuck into rehearsals and can’t wait to show the public what we have been working on,” she added.

The cast of Pericles also includes a handful of professional actors from London and performance groups which represent the cultural diversity of London: Ascension Eagles, Faithworks Gospel Choir, London Bulgarian Choir, Manifest Nation, The Archetype Dance Team, The Bhavan and The Youthsayers.

Emily Lim, Resident Director at the National Theatre said; “Public Acts is founded on the belief that theatre can be a force for change, bringing communities together to experience the power of collective purpose and imagination. We are so excited to be celebrating our first year of community partnerships this Summer with Pericles, our first Public Acts production, under the National Theatre’s Artistic Director Rufus Norris.”

Public Acts is inspired by Public Works, the Public Theater’s ground-breaking programme in New York and by the visionary participatory work of other theatres across the UK over the past decades.